Kirk Franklin Opens Up about His Struggle with Depression, Anxiety

Kirk Franklin is opening up about his struggle with anxiety and depression in 2019 after what he called a “high amount of loss” in his life. 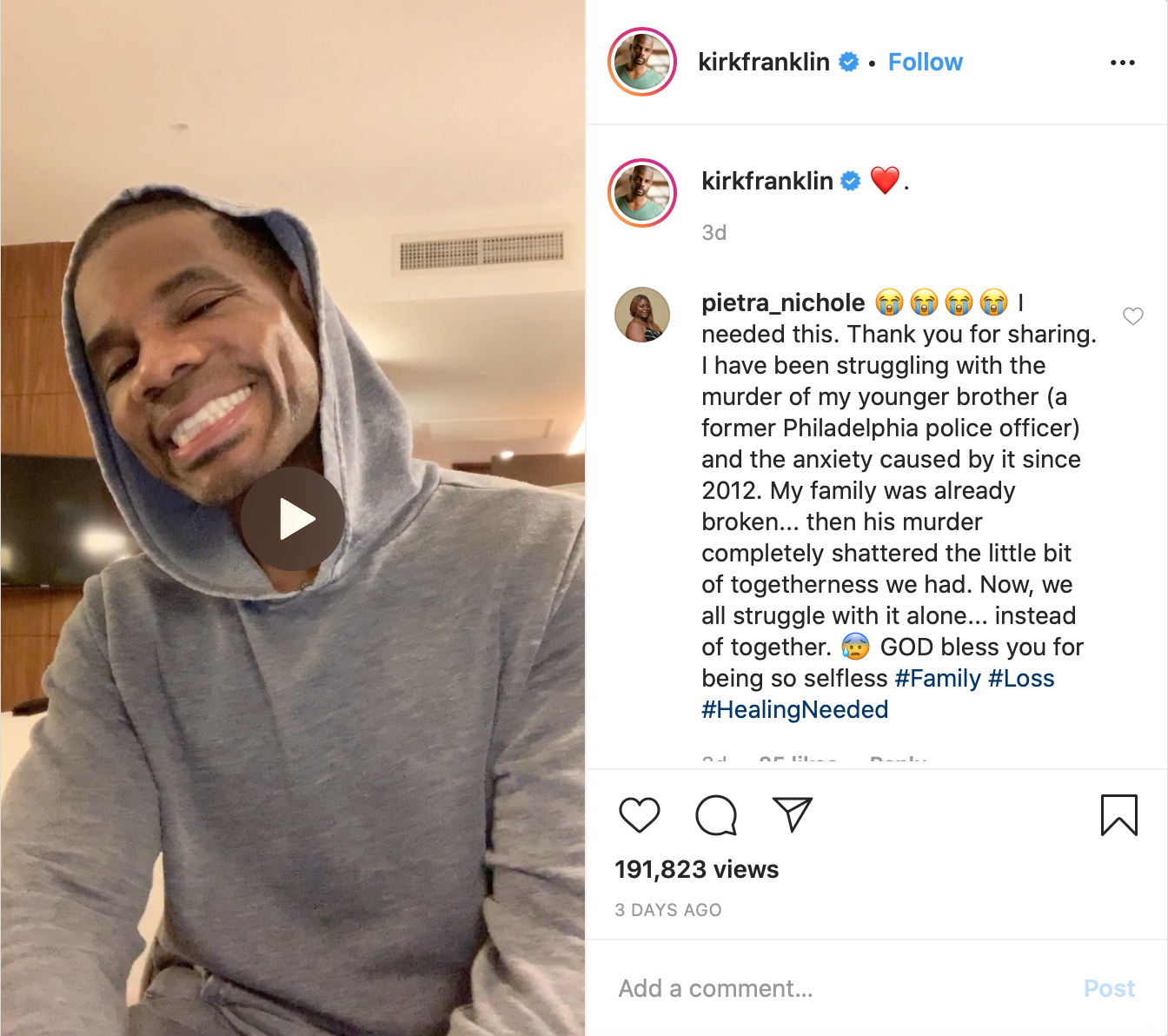 “It just really brought a lot of anxiety. To me, I really struggle with a lot of anxiety and really got into a funk that I couldn’t really get out of. [It was] this just really dark funk, that I was in, depression, battling it. Not only that, just the anx (sic) that death can bring to you also is this anxiety about the future. It’s a fear of who’s next, what’s next?” Franklin added.

The 49-year-old then noted that he has reached out to his therapist.

“I was just talking to him (his therapist) about being very anxious and very consumed with fear and worry and just the struggle with it all. He said, ‘When I begin to live a life of gratitude, more gratitude then I will begin to be more selfless because fear is rooted in self,” Franklin recalled.

Franklin noted that along with his therapist, a recent trip to the Dominican Republic significantly helped him realize how “grateful” he should be for the life he has. While in the Dominican Republic, Franklin recalled witnessing 7 or more people sleeping in one bed without electricity or windows. He also touched on the rampant sex-trafficking crisis that has plagued many kids in the country causing wide-spread fear among young people.